In the past, we have covered several homemade cars. Well, here is a special one. This one is a Bugatti Chiron and it is homemade. The video is uploaded on YouTube by NHET TV. They are the ones who built the Chiron at home.

Car manufacturers craft clay models to make the exterior shape of the vehicle when it is being designed. Guys at NHET TV did the same thing. They crafted clay models until they looked just like the original Chiron. It requires a lot of patience and hard work.

A steel frame was constructed in the same of the basic car. The frame would basically support the clay that was layered onto it. It took them 2 weeks to finish the clay modelling alone and the entire project took 1 whole year. 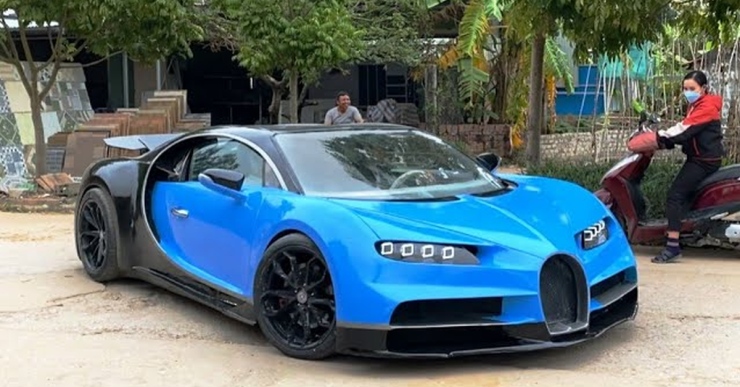 The homemade car is finished in the same blue paint scheme as the Bugatti. As of now, we do not know the engine details but as we can see in the video, the car can definitely run. This is not the first time that NHET TV has made a working replica. They have previously built Mercedes-Benz SLS, Ferrari 458 and a Lamborghini Aventador. They even made a working replica of the Ducati Panigale. 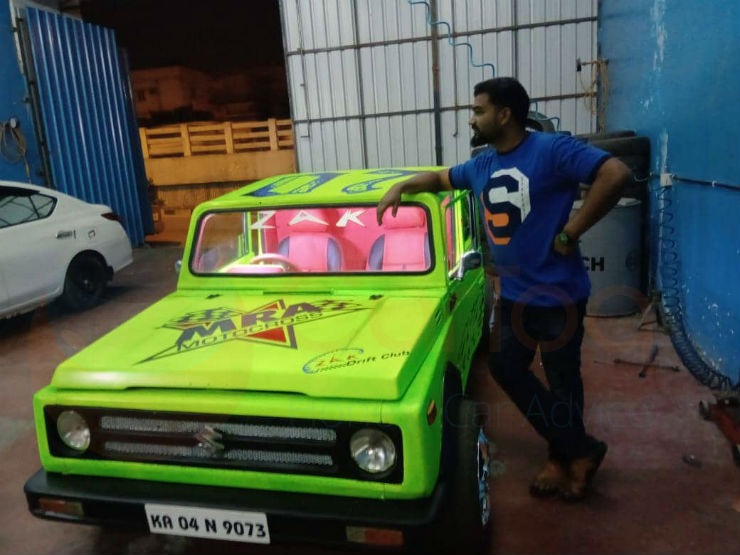 A small version of the Maruti Suzuki Gypsy was made by a guy called Zakir Khan. It is finished in bright neon green colour with decals. The vehicle is just 3 feet high and also comes with a pick-up bed. The mini Gypsy is also functional. It comes with a Sipani Dolphin hatchback derived 848 cc, 4-cylinder petrol engine. The engine is mated to a 4-speed manual gearbox. The claimed top speed of the mini Gypsy is 140 kmph. A Maruti Suzuki Eeco has been modified to look like a sportscar. The project took 2 years to complete and the maker said that the design has been inspired by the Bugatti Veyron and Lamborghini Veneno. It comes with scissor doors and the engine has been re-positioned to the rear. The total cost of the project was a massive Rs. 12 lakhs. 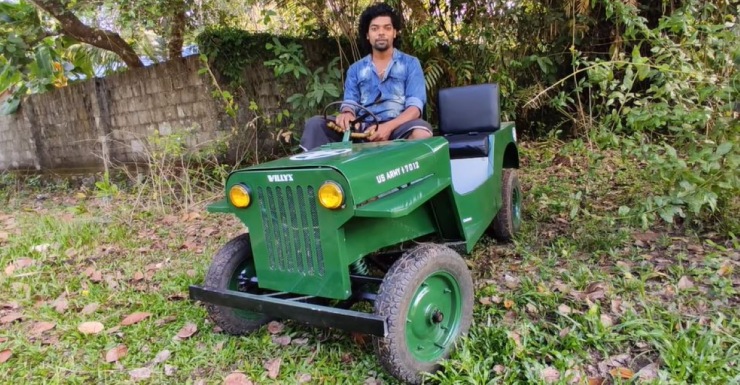 Here, is a miniature version of the Jeep. This one is powered by an electric motor. This custom job is done by Sudus Custom.  The packaging of the mini Jeep has been done cleverly, you cannot see the battery or any wiring. The converter, wiring and battery have been placed behind the seat. There is a 48V battery pack connected to a 750W motor. There is also reverse gear. The top speed of the electric mini Jeep is 50 kmph and the driving range is 40 km. Volkswagen Beetle is an icon and here is a homemade version. This custom job is also done by Sudus Custom. The parts were taken from various other vehicles. The engine is taken from a Suzuki Samurai, it is a two-stroke engine mounted at the rear. There is also reverse gear. The project cost Rs. 40,000 and three months to complete.