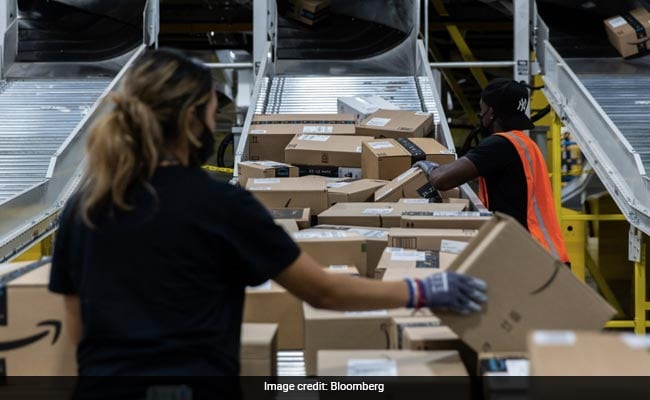 Amazon’s gains come after the stock suffered its worst day since March 2020.

Amazon.com Inc. is giving the market back what Meta Platforms Inc. just took away — or at least some of it.

The e-commerce giant is poised to add nearly $200 billion in market value if the stock’s 14% gain in after-hours trading following the company’s fourth-quarter earnings report holds to Friday’s close. That what would be the biggest single-day gain in U.S. stock market history coming just a day after Facebook parent Meta Platforms Inc. entered the other end of the record book with a $251 billion wipeout. 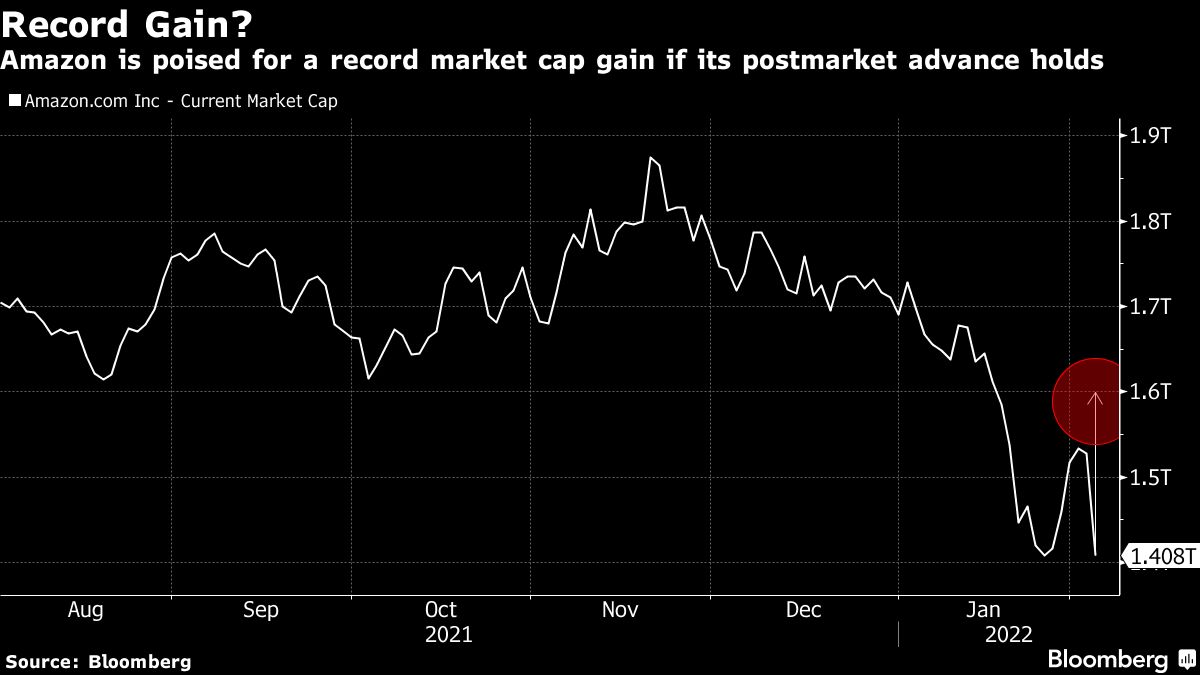 The surge in Amazon’s stock price came after sales in its cloud computing business beat Wall Street estimates and the company raised the price of Amazon Prime subscriptions, alleviating some concerns about the impact of cost increases on profitability. Those elements overshadowed forecasts for sales and operating profit in the current quarter that fell short of expectations.

Amazon’s gains come after the stock suffered its worst day since March 2020, as Meta’s earnings flop raised fears about Big Tech’s financial results. The 7.8% decline in Thursday’s regular session wiped out $119 billion in market value for the Seattle-based company.

Apple Inc. set the current record for added market value last week after it gained about $179 billion on the day after its earnings report.

A $200 billion gain for Amazon would be bigger than the market values of more than 90% of the companies in the S&P 500 Index, according to data compiled by Bloomberg.