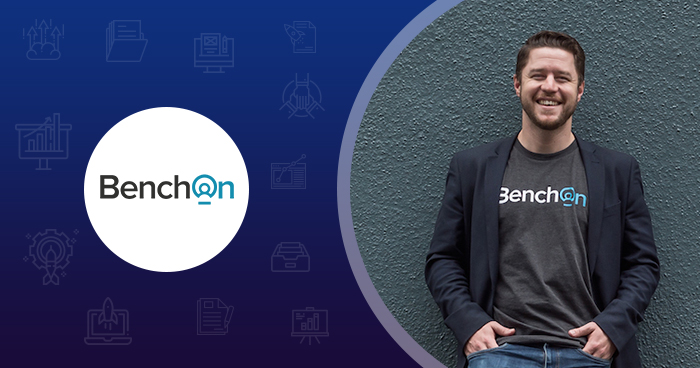 Following our last interview with RefLIVE CEO Simon Murphy, we bring you one Queensland-based startup, known as BenchOn, that is curbing the problem of employee underutilization.

The Australian economy, though growing at an increasing rate, loses billions of dollars every year. But, thanks to its professional services marketplace solution, BenchOn aims to pair idle employees with short-term contracts from well-known companies and agencies, boosting economic and business growth through greater job stability.

We interviewed CEO Tim Walmsley on his inspiration behind the startup, along with his recipe for entrepreneurial success.

Tim has an exceptional foresight for problem-solving to create win-win scenarios. After 12 years of service as an army officer, Tim pivoted his career into business consulting after securing his master’s degree in project management in 2013. Since then, Tim has held multiple business development positions before finally launching his own startup to help underutilized staff. 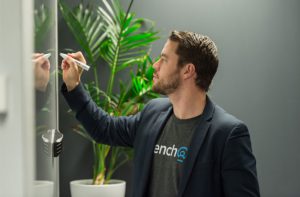 “While I have always had entrepreneurial tendencies, I am actually a retired Army Major. My passion for startups is driven from the belief that we are evolving from a transaction based economy to a problem solving economy.”

Since its launch in 2016, BenchOn has achieved enormous startup growth and create brand value. Its unique industry positioning has helped expand its clientele and spearhead sales figures substantially. 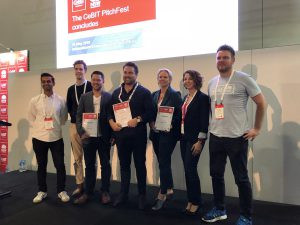 The following are the latest milestones that BenchOn has achieved:

First Idea That Got Rejected

Before an idea is launched, it should be supported by ample volume of data and real-world research to make business sense, validate sales and revenue projections. Before Tim founded BenchOn, he had experimented with another idea that he hoped to take off the ground: a removable cat door product.

The idea was to sell to people that were renting houses. The product attached to the standard screen door and could be removed as easily as unlocking the extension and pulling it off the rails. Tim was thrilled. He designed the plans, but it wasn’t until he received his first quotes to build that he realized his research was way off the mark.

“There was another Australian company making exactly the same thing I thought I had invented, so the idea went in the bin. An important lesson was learned though – make sure you spend the time conducting your research prior to expanding on the idea.”

How good a business idea is, should always be determined by the kind of problem it solves and whether there is a large enough market for it. That should be the deciding factor when thinking of launching a startup. When asked on how Tim selected his niche, he said:

“We didn’t really decide on a niche, I just saw a problem and had the lightbulb moment on how to solve it. I researched everything on the market, worldwide, and found that there was no solution. That made us jump all in.”

Secret to Building The Right Team 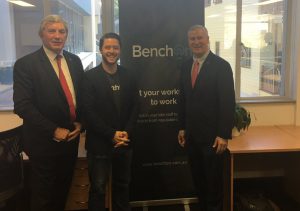 The hiring practices are never one and the same for every company.

Entrepreneurs should never settle for a one-size-fits-all hiring policy. Instead, they need to approach the one that best suits their organizational needs. In the case of BenchOn, Tim responded:

“We have tended to hire the underdog. The type of person that has enormous potential and are extremely ambitious, yet haven’t really been given a shot. There is risk in hiring that type of person, yet the payoff when you get it right is fantastic!”

Tim now has a team of people who see their careers as inextricably linked to the success of BenchOn. His company provides the freedom to employees to build something that they can be proud of.

Mistakes Every Owner Should Avoid

It is common knowledge that most startups fail within the first two years of their operations. This is why entrepreneurs need to be aware of common startup owner mistakes.

On this, Tim had highlighted three that should be avoided.

“First is choosing a solution that you are not passionate about. You need to truly believe that you are helping people with your product or service or you won’t get through the tough times.

Next, don’t let yourself get carried away in thinking that it will be an instant success. Things in startups always take longer than you think.

Lastly, don’t spend all your time in the startup ecosystem. Your investors will be much happier if your time is focused on your business, rather than networking with startup founders.”

Advice for Entrepreneurs in 2018 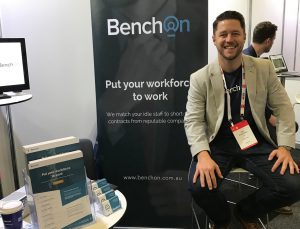 Tim’s outstanding skill for problem-solving and attention-to-detail gives him considerable leverage as an entrepreneur and startup owner. When asked for advice, Tim said:

“From my experience, use a startup accelerator. The support, camaraderie and advice you will receive is invaluable. Anyone can learn from their mistakes, but it takes work to learn from others. I went through BlueChilli, and I can safely say that we would not be where we are now without them.”

Subhan Alam is a Digital Marketing Enthusiast at Cloudways, a Managed Cloud Hosting Platform. He works on different regions and is passionate about implementing new approaches in Digital Marketing. He likes to stay fit and meditates daily.

Thankyou for Subscribing Us!