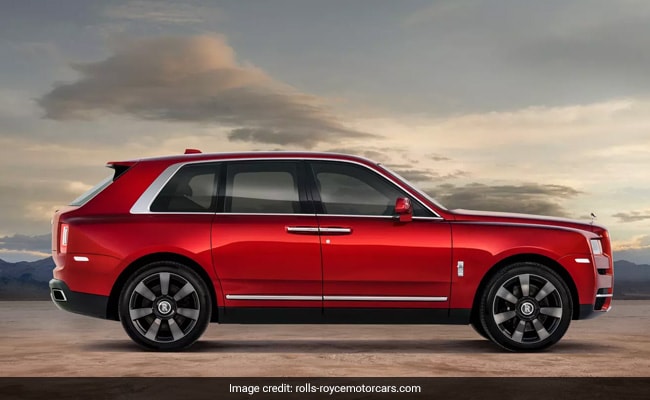 If Regional Transport Office (RTO) officials are to be believed, it is one of the most expensive car purchases ever in the country.

The car, a Rolls Royce Cullinan petrol model, was registered by RIL at the Tardeo Regional Transport Office in South Mumbai on January 31, officials said.

The base price of the car, when first launched in 2018, was Rs 6.95 crore, but auto industry experts said customized modifications would have raised the price substantially.

The company has opted for the “Tuscan Sun” colour for the 12-cylinder car weighing over 2.5 tonnes and producing 564 BHP power, and also obtained a special number plate, the RTO officials said.

A one-time tax of Rs 20 lakh has been paid by RIL for the car whose registration is valid till January 30, 2037, and another Rs 40,000 has been paid towards road safety tax.

This could even be the most expensive car purchased in India, said one RTO official.

RIL has also paid Rs 12 lakh for a VIP number for its chairman and managing director’s new car. The number ends with “0001”, officials said.

Usually, a VIP number costs Rs 4 lakh, but since the chosen number in the current series was already taken, a new series had to be started, they said.

With written permission from the Transport Commissioner, RTO offices can start a new series for assigning registration mark 0001 for which the applicant has to shell out three times the fee specified for a regular number, they added.

Rolls Royce Cullinan was launched in India in 2018 as a hatchback capable of taking both paved and rough roads, and this will be a third Cullinan model in the Ambani/RIL garage.

Some other industrialists and Bollywood celebrities also drive the same model.

Cullinan is the first all-terrain SUV from Rolls-Royce’s stable, as per the British manufacturer’s website.

RIL has several high-end luxury cars in its garage. A few years ago, it had procured one of the most sophisticated armoured vehicles for Mukesh Ambani and his wife Nita Ambani.

The company has also given a BMW for the police personnel deployed for the security of the Ambani family besides the latest high-end Morris Garage cars of the Gloster model.