RefLIVE offers cutting-edge software technology, available on both smartwatches and smartphones. The technology is designed for soccer referees and automates and processes match administration data. Through an intuitive interface, RefLIVE helps referees easily monitor and update match information. Established in 2016, the startup has gone on to disrupt the sports technology industry, receiving widespread acclaim and awards within a short span of time.

We interviewed Simon to talk about his startup’s phenomenal success.

Simon is a trained accountant and innovation mastermind. Having worked as an accountant for more than four years, he combined his financial skills with his enthusiasm for entrepreneurship by pursuing a Masters degree in 2015 from the Swinburne University of Technology. In his own words,

“My name is Simon Murphy and I am an obsessive problem solver. I love technology, sports, and business, and this led to startups a few years ago. Creating products that make people’s lives easier and change the way we interact with sports drives my passion.”

Since then, Simon has put his skillset to the ultimate test by launching RefLIVE, with the goal of replacing the inaccurate and outdated method of manually recording and updating data in matches.

Here is Simon explaining RefLIVE at the MAP17 Accelerator Launch

RefLIVE makes the jobs of soccer referees very easy by helping them get rid of paperwork. It enables them to update live scores from their smartwatch and automate match performance results at the click of a button.  Since RefLIVE fills a critical gap in the match management process, it has enjoyed wildfire growth across several continents.

We have grown to have users in over 110 countries and were the first smartwatch technology used at FIFA International level. 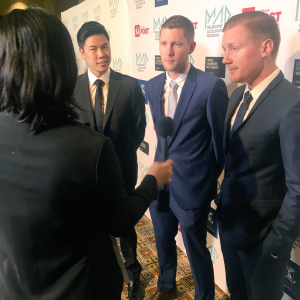 First Idea That Got Rejected

Prior to launching any startup, there are countless ideas that have to be reworked and tweaked to find the right niche. Similarly, the question of a lucrative revenue and business model have to be worked out. As an entrepreneur, it is easy to react on gut instinct, ignoring the hard facts and research needed to validate an idea for startup success.

“I’ve had hundreds of ideas from apps, to game shows, to physical products. I think the hardest thing about having a new idea is listening to feedback but also remaining objective in your research”.

Although research is important, it is crucial to get a hands-on knowledge of how the startup idea will work in practical terms. This is often found either by working on a similar assignment or project through which the idea is brainstormed or getting insights from customers themselves that greenlights the specific startup idea.

Simon came up with the idea for Sports Technology Startup, RefLIVE after working closely with referees. He mentions:

We began solving problems for referees in soccer which gave us an excellent opportunity to segment a passionate group of users who are very helpful providing feedback and information to continually improve our product.

Secret to Building The Right Team

It is important that entrepreneurs not only use the hiring practices best suited for finding the best talent but also create a strong team-fit and employee culture in which every employee can perform up to their capabilities. Case in point, RefLIVE’s revolutionary software tech is the brainchild of tech-savvy people in the industry.

On this, Simon responded:

I looked for people that I could trust and would enjoy spending a lot of time with. A lot of great startups don’t work out because the founders don’t get along so team fit was the most important initial criteria. I looked for people who could buy into my mission and weren’t scared to aim for lofty ambitions. 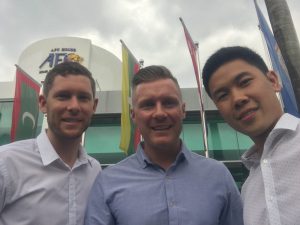 Mistakes Every Owner Should Avoid

The best startup ideas fail. Why? Because owners either do not anticipate setbacks or fail to learn from their mistakes. RefLIVE’s expansion in more than 100 countries reflects Simon’s focus in marketing a product based on specifics and making sure every decision made a return on investment. Simon, being a professional accountant for several years, had this to share:

Making assumptions about your product or market. Not segmenting your users and trying to sell to everyone. Asking investors (or anyone) to sign an NDA just to talk about your idea.

Advice for Entrepreneurs in 2018

Simon’s stellar success with Sports Technology Startup, RefLIVE represents a great example for new entrepreneurs. When asked about the best tips for entrepreneurs who are planning to launch their startups, Simon remarked:

Do a lot of research with potential users and customers. Map personas. Build, test and refine. Have a plan to make money. Talk to experienced and smart people in your field. Most importantly, start!

Subhan Alam is a Digital Marketing Enthusiast at Cloudways, a Managed Cloud Hosting Platform. He works on different regions and is passionate about implementing new approaches in Digital Marketing. He likes to stay fit and meditates daily.

Thankyou for Subscribing Us!