For those waiting for the small-capacity performance motorcycle from the Bajaj-Triumph alliance, here is a major update for you. A few images of a couple of test motorcycles have surfaced on the internet, which is claimed to be the first by-products of the high-profile partnership of Bajaj Auto and Triumph, which started in 2020. Out of these two motorcycles, one looks like a standard neo-retro roadster, while the other looks like a scrambler version.

Gets a dynamic design 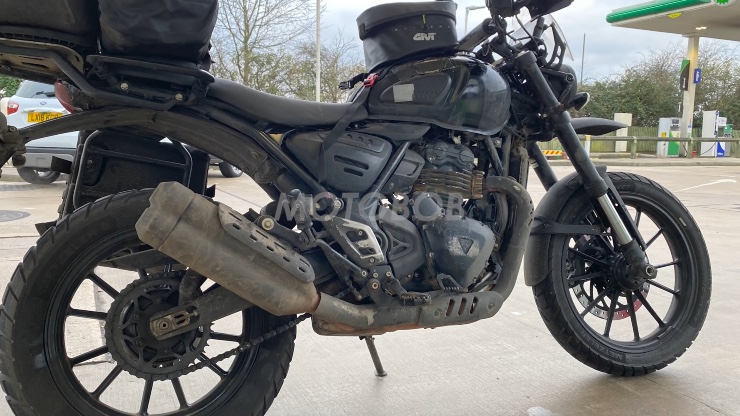 Both the motorcycles spied on test by MotoBob wear a simple design, which connects them to the existing lineup of modern classics from Triumph. The motorcycles come with a rounded LED headlamp and triangular LED turn indicators at the front. The motorcycles have got a rectangular instrument console, which makes us believe that they are going to be full-LCD units.

Both these motorcycles from the Bajaj-Triumph alliance spied look like they are based on a more cost-effective tubular steel frame with bolt-on subframes. The suspension combination visible on both the motorcycles is upside-down telescopic forks at the front and a mono-shock at the rear. Other details visible in the pictures are alloy wheels and front and rear disc brakes. The wheel size on both the motorcycles isn’t clear for the time being, though from the pictures, it seems that the scrambler gets a larger wheel at the front compared to the rear. 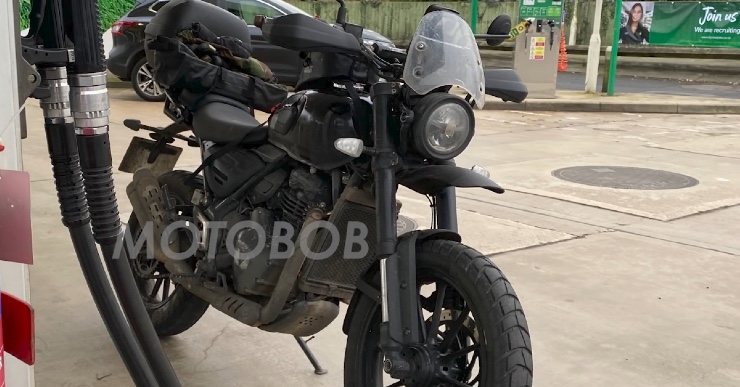 Both the motorcycles spied get a black-themed engine, with its triangular-shaped casing looking very similar to that of the current-gen Bonnevilles. These motorcycles get a rectangular radiator ahead of the engine, which indicates that this engine is going to get liquid cooling. While the size of this engine is not clear, it is expected to be a 350-400cc engine with a four-valve DOHC layout.

These new motorcycles from Bajaj and Triumph partnership will enter into the category of motorcycles like Royal Enfield Classic 350, Honda H’ness CB350, Jawa 42 and Yezdi Scrambler and Roadster. Expect the prices to start somewhere around Rs 2-2.20 lakh mark.