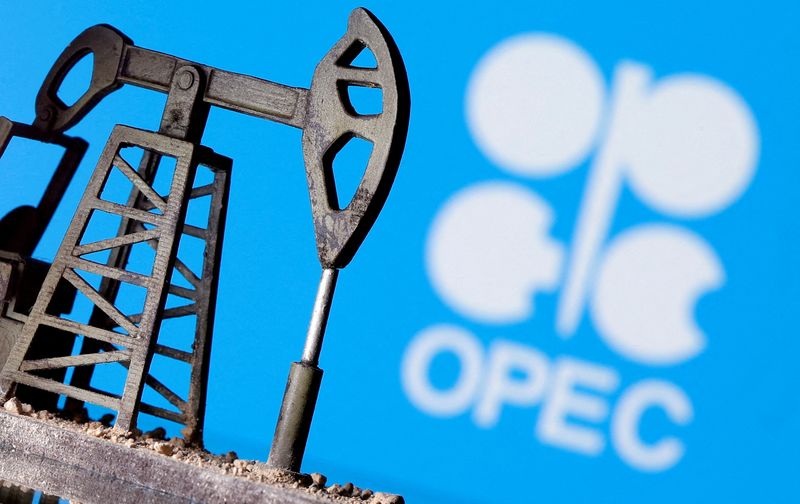 Tight global supplies and geopolitical tensions have boosted oil prices by about 15% so far this year. Demand remains on the upswing, with the Omicron coronavirus variation only temporarily denting consumption in major economies.

The Organization of the Petroleum Exporting Countries and allies led by Russia, known as OPEC+, agreed to stick to monthly increases of 400,000 barrels per day (bpd) in output despite pressure from consumers to raise supplies more quickly.

“With OPEC+ unwinding their production cuts, the group’s spare capacity will fall to low levels in 2022. Hopefully by next year there are no mobility restrictions, meaning with the world still expanding oil demand will also rise next year,” said Giovanni Staunovo, commodity analyst at UBS.

Goldman Sachs (NYSE:) analysts forecast Brent topping $100 a barrel in the third quarter. The brokerage had predicted that OPEC+ may consider a faster unwinding of its production cuts.

Several OPEC members are struggling to pump more despite prices being at seven-year highs.

Iraq pumped 4.16 million bpd of oil in January, below its limit of 4.28 million bpd under the OPEC+ deal, data from state-owned marketer SOMO seen by Reuters showed.

Analysts have looked to U.S. output as a salve, though overall production was at 11.5 million barrels per day in the most recent week, according to federal data. ConocoPhillips (NYSE:) CEO Ryan Lance said Thursday that he now expects more production growth in the United States this year than he did a few weeks ago.

The blast is unlikely to have any major impact on output although Nigeria was already struggling to meet its production quota under the OPEC+ deal.

Cold weather forecasts for the central United States and parts of the Northeast also supported prices.

Disclaimer: Fusion Media would like to remind you that the data contained in this website is not necessarily real-time nor accurate. All CFDs (stocks, indexes, futures) and Forex prices are not provided by exchanges but rather by market makers, and so prices may not be accurate and may differ from the actual market price, meaning prices are indicative and not appropriate for trading purposes. Therefore Fusion Media doesn`t bear any responsibility for any trading losses you might incur as a result of using this data.

Fusion Media or anyone involved with Fusion Media will not accept any liability for loss or damage as a result of reliance on the information including data, quotes, charts and buy/sell signals contained within this website. Please be fully informed regarding the risks and costs associated with trading the financial markets, it is one of the riskiest investment forms possible.